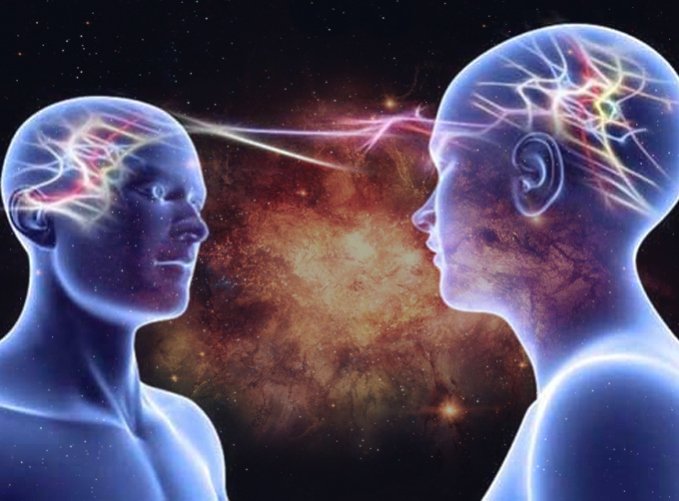 Scientists have discovered that DNA has the ability to link itself together, even from a distance. According to known science, this should never be possible…

Research published by the ACS’ Journal of Physical Chemistry B, shows that without a doubt, intact double-strand DNA has the unexplainable ability to recognize similarities in other DNA stands from a distance, and can therefore congregate together without physically touching. Imagine it as people flocking together who have similar tastes, interests, hobbies, careers, etc.. without their conscious knowledge or effort.

The recognition by the DNA to another similar chemical sequence leaves scientists at a loss. Scientists have previously believed that other molecules, chemical signals, or certain proteins must be present for this to occur, but in their recent experiments none of those factors were present when the phenomena occurred. No one knows or even begins to understand how the DNA strands are communicating with each other but the “telepathic” events are causing quite a stir and a sense of awe and amazement in some scientific circles.

According to the authors of the article that appeared in the ACS’ Journal, Geoff S. Baldwin, Sergey Leikin, John M. Seddon, and Alexi A. Kornyshev and their colleges,

“Amazingly, the forces responsible for the sequence recognition can reach across more than one nanometer of water separating the surfaces of the nearest neighbor DNA.”

The implications of this unexplainable communication between double-strands of DNA are huge. Scientifically, this recognition effect could help increase the accuracy and efficiency of the homologous recombination of genes. This is the process that is responsible for DNA repair, evolution, and genetic diversity. This new discovery could change how scientists look at ways to avoid recombination errors that are factors in cancer, aging, and other health issues. Metaphysically is this further proof of shared or mass consciousness?